Using Virtual Machines to run your business services is probably the cheapest and easiest way to boost your business efficiency and lower costs. 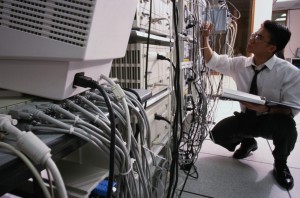 Some ideas where you can use virtualization

The best part about virtualization is that there are paid versions… and there are FREE ones.  Personally I think the best one is VirtualBox . Virtualbox does have a few limitations but it’s cost of free is great, and without going into the extensive details about what a Hypervisor is or how different types of hypervisors work.  Just know this,  they are all pretty flexible and most can do pretty much the same thing.

For a good performing Virtual Machine Host, all that you need to provide is a decently powerful machine and as much RAM as you want to buy.  You could in theory run all of the suggested ideas above from a single machine with a Quad core processor and about 8GB of RAM running the free Ubuntu Linux OS.  Of course, server class hardware would be best, but it’s not required.